Home » Color of Law » Learn to use criticism as fuel, not baggage 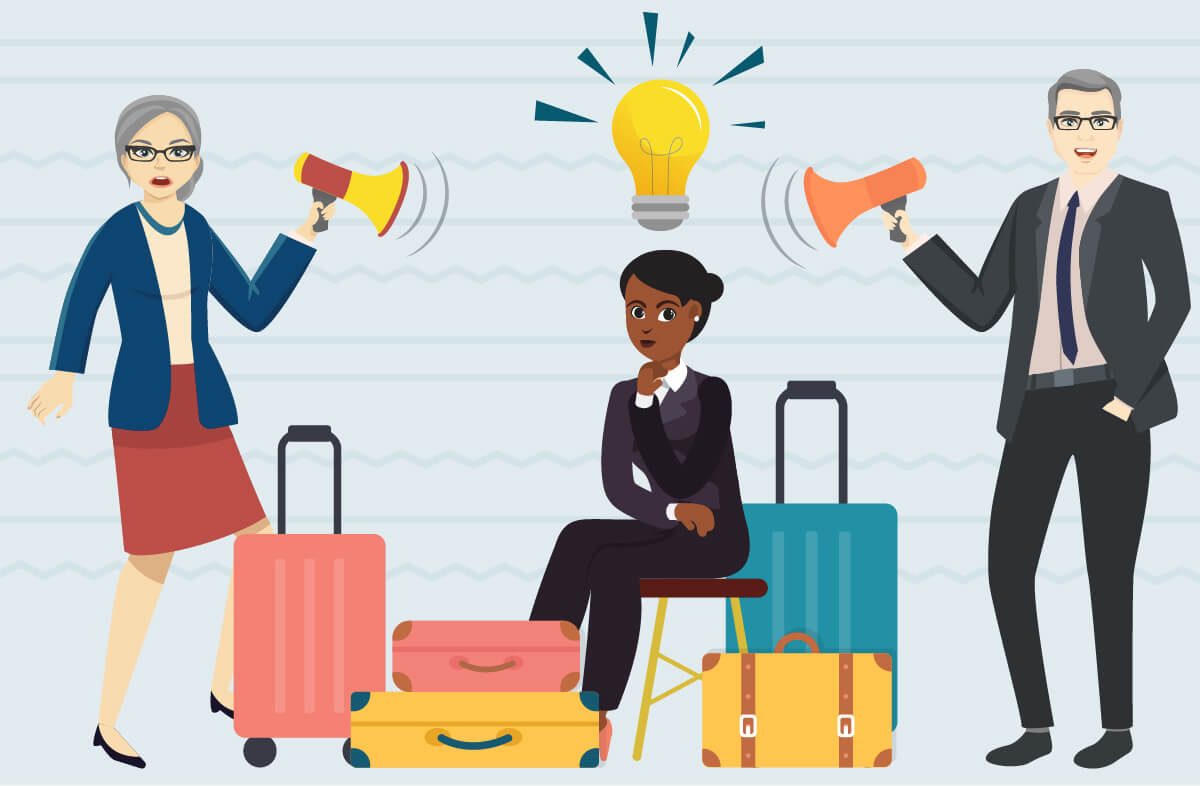 When I was a young lawyer, I dreaded criticism. I heard it as, “you suck.” It took me many years to learn that criticism — even if delivered bluntly and rudely — is a gift. It is an opportunity to learn what matters to other people so you can communicate with or for them more effectively.

Yet — particularly for lawyers of color already dealing with a sense of not belonging and being treated by colleagues as though we’re not good enough — it’s not a stretch to hear criticism as confirmation that we aren’t good enough.

Please push aside any thought that you don’t belong.

If you’re like all the lawyers of color I know, you’ve had to overcome a lot to get where you are. You’ve had to carry baggage and learn coping skills others don’t even think about. So yes, you belong. You may not work with people who understand how to reap the benefits of your experiences and help you thrive, but that’s not your shortcoming; it’s your employer’s. It may be that you need to take your talents elsewhere. Or, perhaps you could benefit from seeing criticism as fuel for your success.

Several years ago, I hired a talented senior associate. I knew she could be better, and so at every opportunity I gave her suggestions, coaching, and feedback. At first — she later shared with me — she heard all of that as, “you suck.”  That both hurt her feelings and made her mad because she knew she was a very good lawyer with excellent experience. And she was indeed quite good, but I saw in her the potential to be great. At deposition and trial. At writing. At business development and client service. It took her nearly a year to see what I saw in her and she redoubled her efforts to learn, embracing every bit of feedback she could get from every source. She became one of the most outstanding lawyers I’ve ever had the pleasure to work with and her skills are off the charts. (So much so, a client snatched her away!)

If you’re like many high-achieving young lawyers, you hate criticism. It makes you feel bad. Makes you question your ability. Or maybe it just makes you think the person giving it is an idiot who doesn’t understand. If you’re like many of the young lawyers I know, you’re used to being told you are outstanding. Good grades. Did well on the LSAT and readily dispatched the bar exam after doing what always worked in the past — putting your head down and working hard.

Then you go to a law firm, or switch firms, and you’re told something you did is lousy or insufficient or poorly communicated. That stings. And the easiest, ego-salvaging thing to do is to simply reject the feedback as unwanted baggage — ignorant, racist, sexist, stupid, or flat-out wrong baggage — that will drag you down if you don’t reject it out of hand.

And then there’s brutally delivered, tactless criticism which stings in an entirely different way. How the feedback is delivered doesn’t mean it’s not useful. It may be objectively well-founded, even if handed to you in a mean-spirited manner.

In our own ignorance, we sometimes think criticism is wrong because our ego simply won’t let us hear it. And of course feedback is easier to reject when poorly packaged.

So do yourself a favor. When criticism is delivered by a colleague or client, give the person the benefit of the doubt (even if they won’t do the same for you) and consider that it may be legitimate, or that it may teach you something about their preferences or point of view.

But let’s suppose the criticism is not legitimate. The criticism may be colored with discriminatory bias, or a bad first impression you didn’t realize you’d made, or hearsay from someone else you’ve worked with. Or, there may be ZERO legitimate basis for the criticism. But even that can teach you something valuable about the source, or how you are perceived by the source, of the criticism. It may tell you that the deck is stacked against you and that you need to take deliberate steps to win over the source, or avoid the person, or simply update your resume and go. In other words, with the right mindset, you can learn from all criticism.

I often hear from young lawyers about how they were slammed for their writing, or analysis, or timidity and — frankly — from where I sit the comments ring true, even if poorly framed. What this underscores to me is the need to separate the message from the messenger. And then learn.

One of my goals is to always improve as a communicator, whether I’m speaking on a panel, chairing a meeting, arguing in court, or participating on a Zoom call. I believe continuous improvement of my oral communications skills will make me a more effective advocate and leader. And so I’m constantly seeking feedback, whether from an associate after a call with a client, or a volunteer after an event I led. People are often surprised and respond with something general, like “you were fine/great/good.” None of that helps me improve, so I’ll often press: “Is there one thing I could have done better?”  That usually does the trick, eliciting the area for improvement I’m seeking. Try it yourself!

Pro Tip: Seek out criticism from busy partners or clients by asking, “What is one thing I could have done better?”

Criticism is the key to achieving excellence and winning over others — whether to gain skills, business, promotions, or new opportunities. Rather than seeing feedback as a putdown of your competence, you can see it as a gift to fuel your success. None of us are perfect in our craft, and the best among us are always seeking to be better. Seeing yourself through someone else’s lens — no matter how skewed it might be — can help illuminate your path to excellence. So accept the feedback. Bask in the feedback. Learn and develop and grow from the feedback.

This wouldn’t be a ColorOfLaw blog post without me adding this: As you learn to deal with difficult problems or people, share your knowledge with other young lawyers and law students of color. Because when we lift one another, we all rise.

Give yourself some slack!